Myasthenia Gravis is defined as the neuromuscular disorder that causes weakness in the skeletal muscles, which skeletal muscles is used as the movement purpose. This is the common cause of actually evolving, fatigable weakness and preferentially affects ocular, facial and bulbar muscles. It is caused due to breaking down the communication between nerves and your skeletal muscles.

There is no cure for Myasthenia Gravis, but treatment can help to relieve sign and symptoms. Some of the myasthenia gravis symptoms are a weakness of arm or leg muscles, double vision, drooping eyelids, difficulty with speech, chewing, swallowing and breathing. It can affect the people of any age, but its more common in the women younger than 40 and in men older than 60.

About 15% of patients (mainly those with late-onset) have a thymoma, most of the remainder displaying thymic follicular hyperplasia. Myasthenic patients are more likely to have associated organ-specific autoimmune disease. Triggers are not always evident but some drugs (e.g penicillamine) can precipitate an antibody-mediated myasthenic syndrome that may persist after drug withdrawal. Other drugs, especially aminoglycosides and quinolones, may exacerbate the neuromuscular blockade and should be avoided in the patients with myasthenia.
Source: Davidson

Myasthenia gravis usually presents between the ages of 15 and 60 years and there is female preponderance in younger patients. In older patients, males are commonly affected. It tends to run a relapsing and remitting course.
The most evident symptom is fatigable muscle weakness; movement is initially strong but rapidly weakens as muscle use continues. The first symptoms are usually intermittent ptosis or diplopia. Some other symptoms of MG are:

There are no sensory signs of involvement of CNS, although the weakness of the oculomotor muscles may mimic a central eye moment disorder. Ventilator support may require when there is severe weakness of the respiratory muscles.

Yes, myasthenia gravis is a chronic autoimmune neuromuscular disease that causes weakness in the skeletal muscle, which is responsible for the different body function such as breathing and movement of legs and arm.

Intravenous injection of the shorter-acting anticholinesterase edrophonium bromide ( The tension test) is less widely used than before. Improvement in muscle function occurs within 30 seconds and usually persist for 2-3 minutes but the test is not entirely specific or sensitive. Cover with intravenous atropine is necessary to avoid bradycardia. Planning assessment beforehand (eg. Speech or limb movement) allows some objectivity in gauging the effect.

Repetitive stimulation during nerve conduction studies may show a characteristic decremental response. If the muscle has been clinically affected. Anti-MuSk antibodies are more common in acetylcholine receptors antibody-negative patients with prominent bulbar involvement. All patients should have a thoracic CT to exclude Thyoma, especially those without ant-acetylcholine receptor antibodies. Screening for associated autoimmune disorders, particularly thyroid disease, is important.

The goals of treatment are to maximize the activity of acetylcholine at remaining receptors in the neuromuscular junctions and to limit or abolish the immunological attack on motor end plates.

The duration of action of acetylcholine is prolonged by inhibiting acetylcholinesterase. The most commonly used anticholinesterase drug is pyridostigmine. Muscarinic side-effects, including diarrhea and colic, may be controlled by propantheline. Overdosage of anticholinesterase drugs may cause a ‘cholinergic crisis’ due to depolarization block of motor end plates, with muscle fasciculation, paralysis, pallor, sweating, excessive salivation, and small pupils. This may be distinguished from severe weakness due to exacerbation of Myasthenia (‘myasthenia crisis’) by the clinical features and, if necessary, by the injection of a small dose of edrophonium.

Immunological treatment of myasthenia is given below. Thymectomy may improve overall prognosis but as]waits for clinical trial confirmation. Prognosis is variable and remissions may occur spontaneously. When myasthenia is entirely ocular, the prognosis is excellent and disability slight. Young female patients with generalized disease may benefit from thymectomy, while older patients are less likely to have a remission despite treatment. Rapid progression of the disease more than 5 years after onset is uncommon.

Myasthenia gravis affects 50 to 200 per million people in the world. It is newly diagnosed with three to 30 million people per year. Diagnosis is becoming easier due to more awareness programme. It commonly occurs in women of age 40 and men of age 60. It is uncommon in children. With the treatment of most of the effect, people tend to have a normal life and also a normal life expectancy. 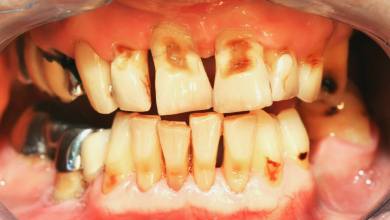 All you need to know about tooth decay in kids 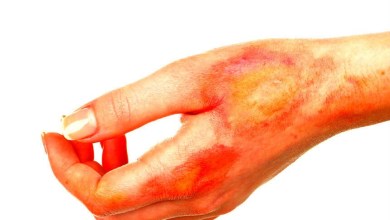 How to treat burn? [Principle of treatment] 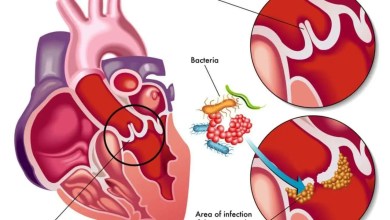